Northern Marine Group is a wholly owned subsidiary of Stena AB one of Sweden's largest family-owned group of companies. Formed in 1983 and headquartered in Scotland, Northern Marine Group provides ship management and marine services to a global customer base.
Along with its land-based operations around the world, the group manages a sizable and diverse fleet of vessels, including oil tankers, gas carriers and a small cruise vessel.
‍
"If you look on a map at any one time, pretty much every single ocean or sea in the world will have one of our vessels in it," says Paul Clark, the group's head of IT.
‍
While synchronizing data with those vessels is absolutely vital to modern fleet operations, spotty satellite connections and bandwidth constraints pose ongoing challenges. Northern Marine implemented Resilio Connect as a way to overcome those challenges. It has since become key to the organization's current and future ship-to-shore communications strategy. 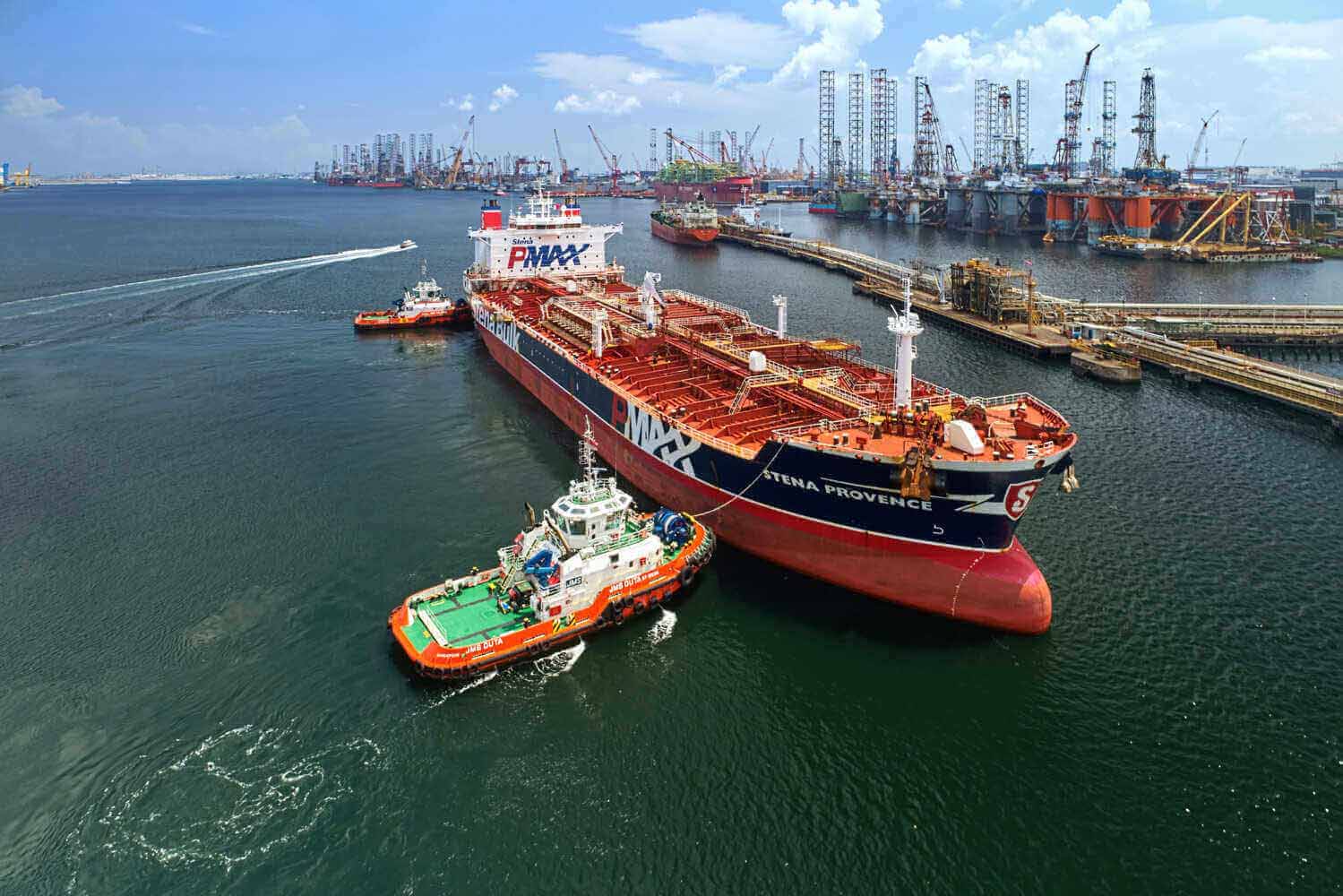 Ships aren't all that dissimilar to today's enterprise workplaces. They have a dedicated IT infrastructure and rely on WAN communications with the mainland for crew welfare as well as ship logistics and operations.
‍
For its overall business management, Northern Marine developed and uses Aurora, a custom software system that requires periodic .NET, .NET Core and PowerShell updates. Multi-gigabyte updates to these frameworks have to be pushed out to each vessel over VSAT connections that max out at 3Mb/s down. If the vessel happens to be in a communications black spot, such as the middle of the Indian Ocean, peak download bandwidth slows to 512Kb/s.
In the recent past, the only way these updates could be conducted reliably was through the mail.
‍
"The solution was to burn the software to CD, put it in the post and wait until it got to a vessel. Someone there would then put that CD into the server and install the software," says DevSecOps Manager Scott Mungall.
‍
Often ship staff required a remote walkthrough through TeamViewer—once again, over a limited-bandwidth connection—to install the update properly from the CD. Bringing the entire fleet uniformly up to date could take six months, severely impacting the software deployment cycle of Aurora.

#2: Monitoring the Health of the Entire Fleet

Northern Marine has dozens of vessels underway and needs to keep tabs on all of them. An important part of that global monitoring process involves running automated "health checks" on planned maintenance systems, manifests, invoices and the like. These checks enable the vessel to sync its real-time internal database with a master database at headquarters. This application that currently handles these health checks uses SMTP to transmit data bundles.
‍
"Periodically, a file would get lost, because SMTP is what it is, and so you would end up with missing data within the databases," Clark says.
‍
"We built some recovery mechanisms to minimize the scale and the scope of that. But every month when we released a new version of that application, we found that it would break half the installations across the fleet because of missing tables within the local database."
‍
Sometimes a full resync between ship and shore is necessary, which Clark estimates could take between 12 and 20 hours. And if the resync failed at any point, it had to be restarted from scratch.

Instead of having to send CDs through the mail and wait for the ship to reach the destination port, Northern Marine now pushes out software updates to the vessels through a combination of Resilio Connect and custom scripts. Using this method, the time needed to bring the fleet into compliance dropped 92%—from six months to just two weeks. 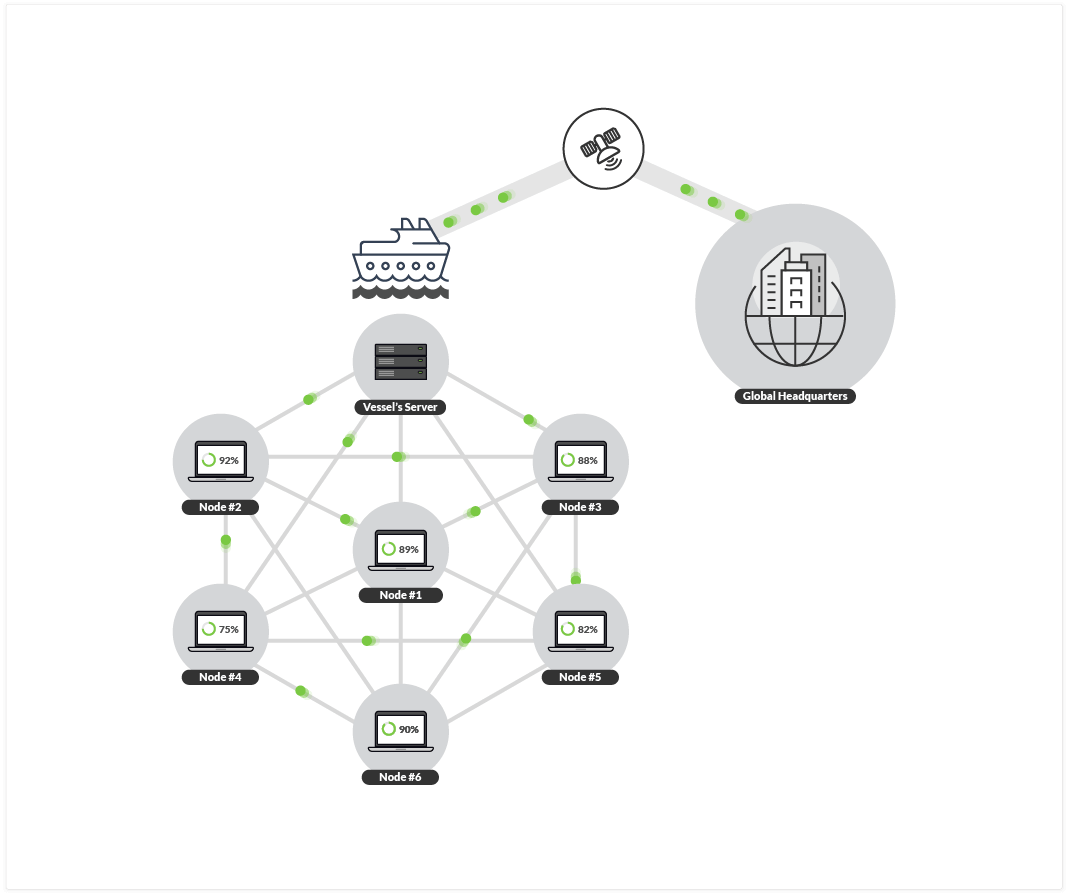 "Being able to use the scripting engine meant that we could essentially have the updates distribute, install and report back on status all automatically, allowing us to avoid the installation going wrong because of user error," says Clark. "For a few of the ships where we did have issues, all we had to do was create some modified scripts and distribute those using Resilio as well."
‍
That means Resilio Connect has brought benefits beyond consistency and speed. Northern Marine's office-based IT team now enjoys more visibility over the remote update process and an easier—and much faster—way to correct failed installations. They're also using Resilio Connect in tandem with custom scripts to carry out their vessel health checks.
‍
"They run every six hours, and they do a full system check of the installed applications, the database, the database structure and all of the ongoing replication that's happening between shore and vessel. Resilio then transmits all the captured data back to the office. We do some comparisons, and then we publish the output into a series of dashboards in Power BI, which allows us to know before the fact whether or not there are any data issues," Clark explains.
"With Resilio, we can now proactively monitor these systems, validate ones that are likely to cause problems and fix them. So, we're not just using it to keep these vessels up to date. We're also using it to remotely administer these environments."

A vessel with systems that aren't in compliance runs the risk of being impounded, which can cost shipping companies thousands of dollars per day in fines and lost productivity.
‍
Resilio Connect and its powerful scripting support have all but removed that risk for Northern Marine. Vital updates reach ships faster, and data synchronization between ship to shore—including essential reports on system status—is far more reliable, efficient and transparent. Looking ahead, Northern Marine has made Resilio Connect an integral part of its ship-to-shore communications strategy.

"In the future, Resilio Connect and its API will vastly improve our database replication mechanism. More importantly, it will allow us to realistically increase the frequency of replication, so that the information passing back and forth comes far more in real-time and we'll be able to automatically remediate the discrepancies."– Paul Clark, Stena's head of IT